How My Autistic Son Changed Since He Started Homeschool

How My Son With Autism Changed Since He Started Homeschool

Posted by: Emma Dalmayne
Source: https://themighty.com/2015/06/how-my-son-with-autism-changed-since-he-started-homeschool/#ixzz3gOCYLgq9
I smile as a little boy’s giggles ripple through the house.
At one time my son never laughed and rarely smiled.
But his confidence has come back in abundance since I withdrew him from school and began to home educate him. He was a stammering, nervous little boy back then. 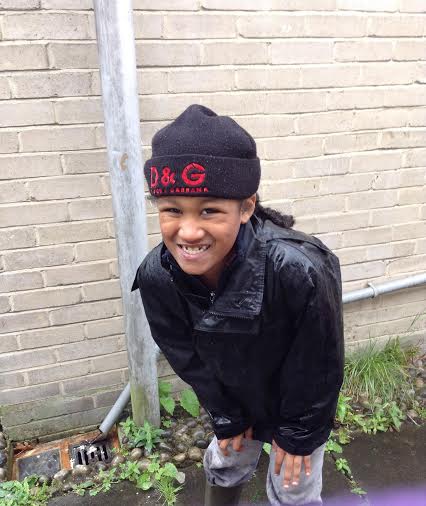 When he first started mainstream school, I was concerned he wouldn’t be watched closely and asked for what was then a “statement of special needs.” But he was refused one-on-one support despite having three diagnoses: autism, expressive language disorder and dyspraxia. This left him vulnerable to bullying by children and a teacher’s aide. The day I found out how bad it had gotten, I pulled him out and deregistered him the following week.
It’s now been two years since he began his journey of home education, and he now has a glimmer in his eyes. He attends play therapy, music therapy, speech therapy and animal therapy. We read together, and he does online tutorials and lots of sensory play to calm and regulate him. His hobbies include photography and collecting little soccer player toy figures. He has an amazing knowledge of soccer scores and players and enjoys playing it every Wednesday on a team for children with special needs.

Every two weeks he goes to the National Autistic Society‘s Saturday club and enjoys socializing and playing with the other children. He adores his private tutor he sees once a week. We go to museums, the woods, the library and the park. He loves being with his little sister and older brothers who are also on the spectrum.
There are many things we already do with our children we don’t realize are educational: Playing with small figures and cars is small world play. Listening to a play on the radio is drama. Baking and cooking is science and math. Reading stories is literacy. Drawing is art. Playing with teddies and dolls is role play. I love the freedom of going for a walk in the woods with the children and watching it turn into an impromptu nature lesson: What plant is that? What sort of insect is that?

Since being home, my little boy has come a long way from the melting down, upset and angry child he once was. He sleeps now, and occasionally almost through the night! He takes his own “time out,” going to the bedroom to play and chill out with his football cards and sensory toys. With the pressure to interact constantly in public school, he would have never been able to take this time. Now, he engages on his own terms, and knows when he needs to walk away.
Would I ever send my son back into the mainstream school system?
No.
Of course, with the right support, children with autism can thrive in a school setting. But I often notice some children on the spectrum find schools too overwhelming and the endless interaction exhausting. Children with autism and sensory problems might be told to hold in their feelings, only to erupt at home.
If your children are unhappy, you are not failing by withdrawing them from school. It’s simply a different way of educating. Not every peg will fit a round hole.
Pound a peg hard enough, and you will chip the paint and eventually splinter the wood. My peg is a bouncy, cheeky one, and his paint is now shiny and vibrant.
That’s all you can ever want for your peg.
Want to end the stigma around disability? Like us on Facebook.
And sign up for what we hope will be your favorite thing to read at night.
at 20.7.15